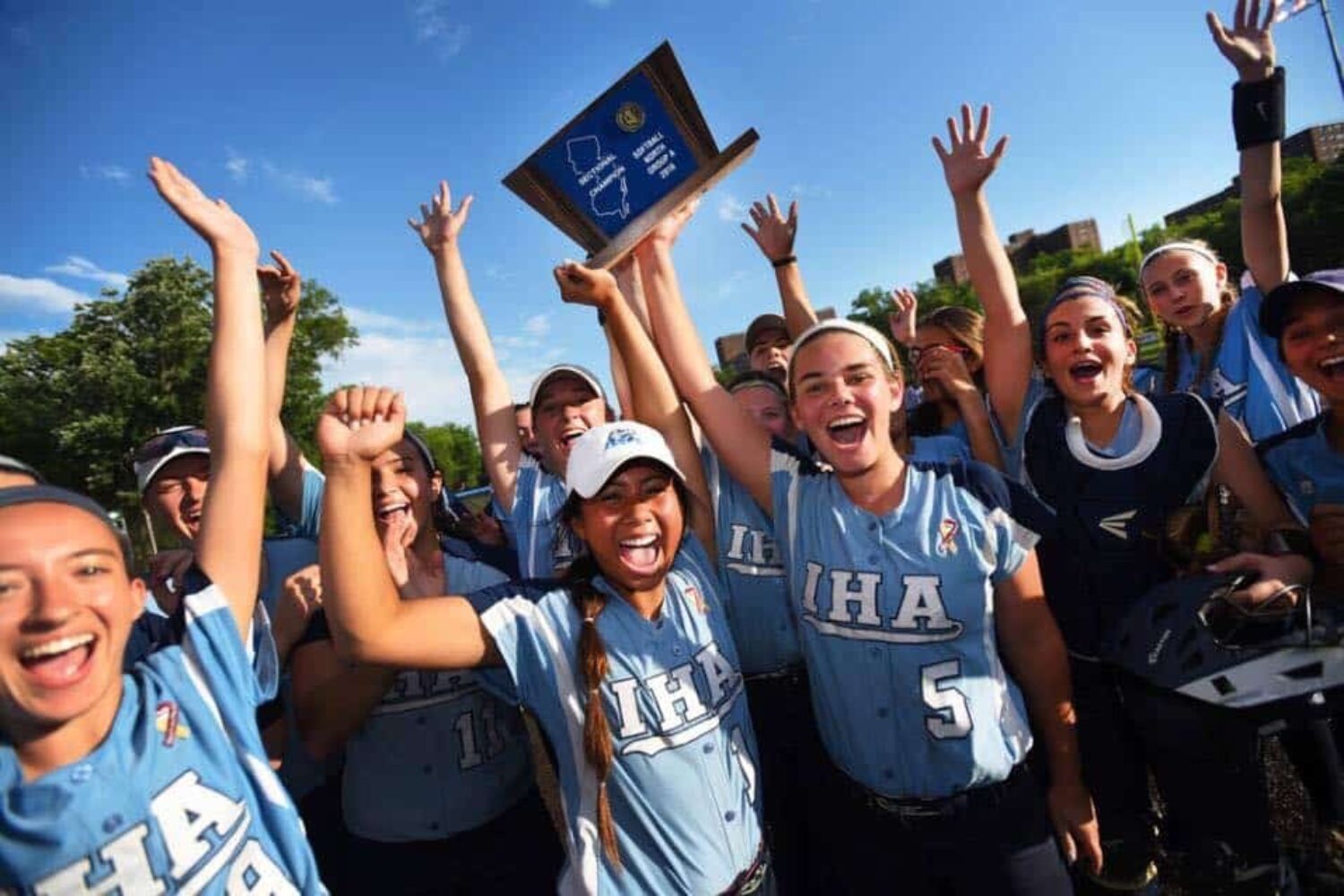 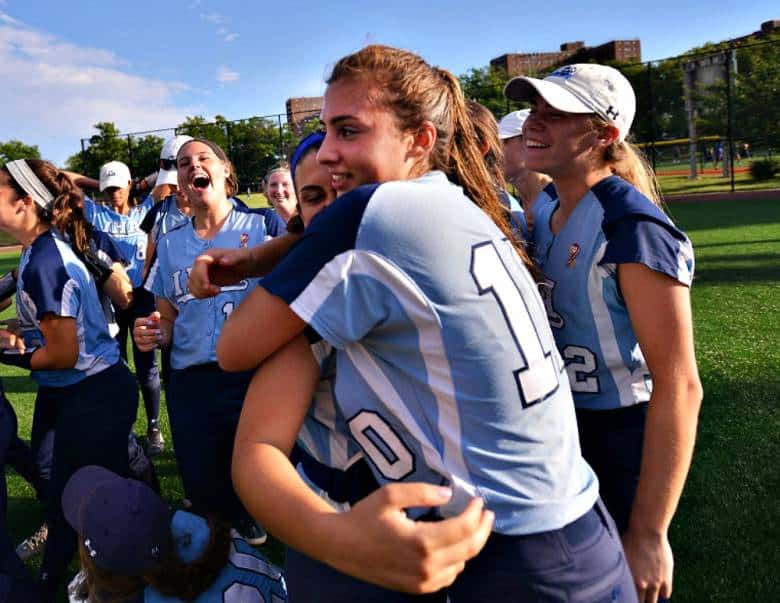 SOUTH ORANGE – Emilie Cieslak got the pitch she wanted, and she made sure she capitalized on the opportunity with a well-timed powerful swing.

Immaculate Heart senior first baseman Cieslak delivered when it mattered with an RBI double. That extra-base hit broke a scoreless tie in the third inning, helping the Blue Eagles past Mount St. Dominic, 2-0, in the Non-Public North A championship game Tuesday at Ivy Hill Park.

Top-seeded IHA (30-1), which has won 29 straight games, advances to the Non-Public A championship game this weekend at Kean University in Union. The Blue Eagles will take on Donovan Catholic in their quest to repeat.

Also enjoying a big day for IHA was junior third baseman Reagan Jones, who had an RBI single in the bottom of the fourth inning. Junior left-hander Olivia Sprofera was on top of her game, tossing a three-hit complete-game shutout, striking out 14 and walking one.

“I have to say we got the hits when we needed them, we played very good defense, and Olivia was really lights out. We really had it all going on today,” IHA coach Diana Fasano said. “We were going up against one of the top pitchers in the state [Kelsey Oh] and we proved equal to the task. It was an all-around great team effort.”

After Oh (20-4), a hard-throwing senior right hander, had retired the first two batters in the the third, Taylor Kenerson blooped a single into center field. That’s when Cieslak came up and smashed her double into right-center to score Kenerson and give IHA the early one-run advantage.

“It was kind of down the middle, maybe a little low coming in with good speed, and I reached out and got it,” the Duke-bound Cieslak (1-for-1, sacrifice bunt, walk) said. “Mount St. Dominic is a very good team, and to take the lead like that was very important. With Olivia out there in the circle, we felt good about our chances the rest of the way.”

Oh allowed five hits for the Lions in going the distance, striking out five and walking one. She had come into the game with 231 strikeouts in 155ª innings, an average of about 1½ strikeouts per inning. IHA’s ability to get the bat on the ball in most situations proved to be the difference-maker.

The Blue Eagles tacked on an insurance run in the fourth when Taylor Gallagher led off with a single, went to second on a wild pitch, moved to third on a sacrifice bunt by Sarah Siclari, and scored on Jones’ one-out RBI single to right.

Second-seeded Mount St. Dominic (26-4) threatened with two on and two outs in the sixth, aided by an Oh double and a walk to Jules Kocenski, but Sprofera got out of the jam with a strikeout. In the seventh, the Lions had a leadoff baserunner, but Sprofera retired the final three batters of the game, the last on a strikeout, to secure the victory.

Mount St. Dominic, behind Oh, had defeated IHA two years ago in this same round of the state tournament. But the Blue Eagles would not be denied with their solid team-wide outstanding performance Tuesday.