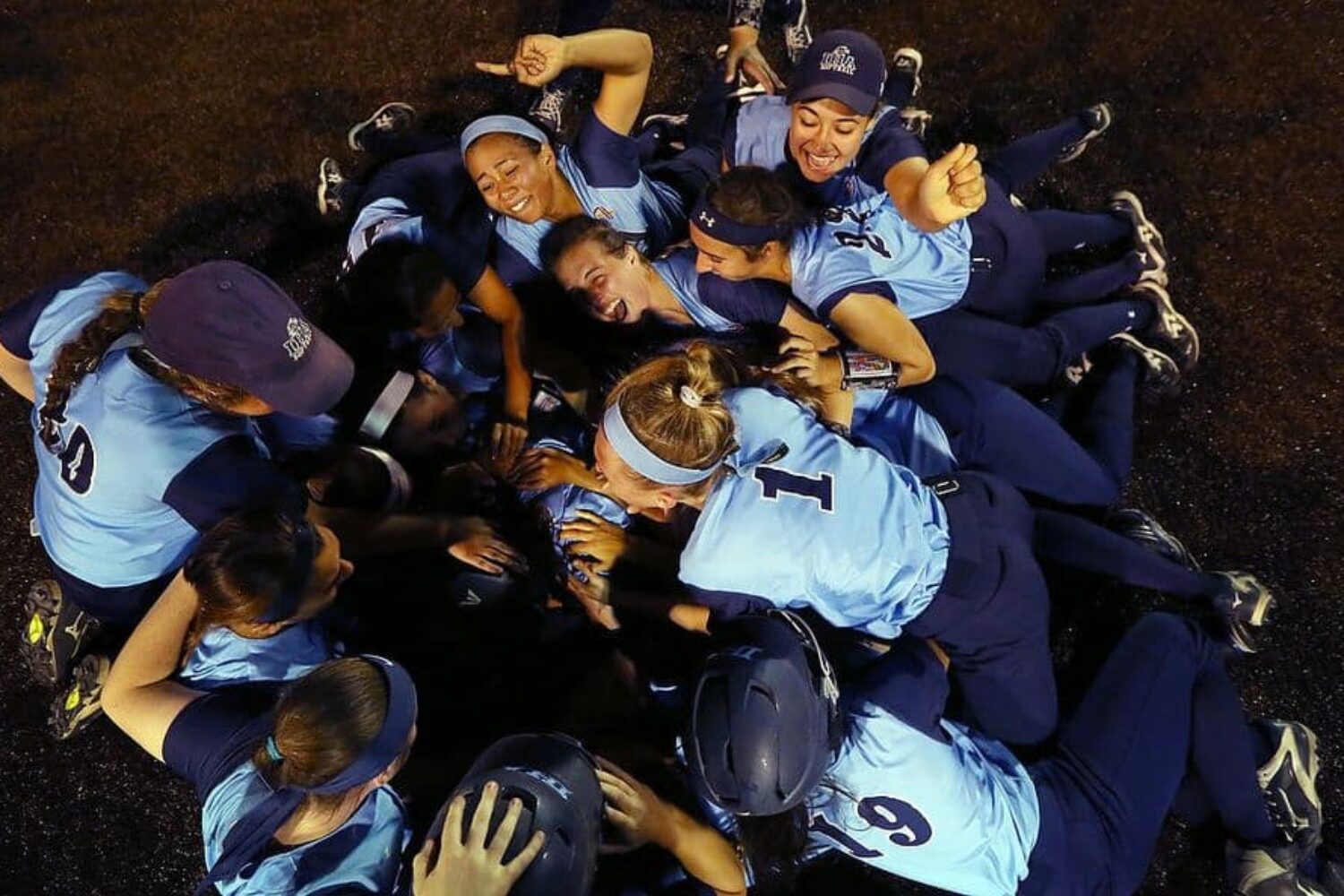 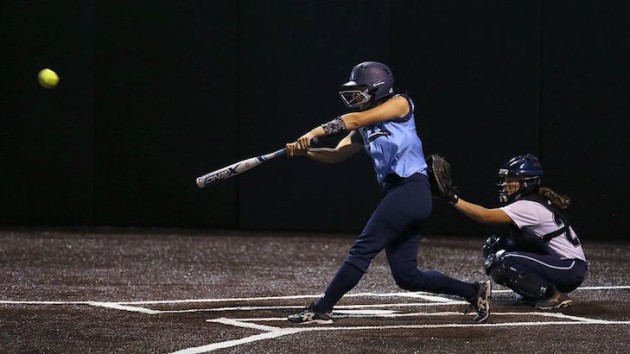 Immaculate Heart Academy won the softball Tournament of Champions with a 5-4 extra-inning victory over Lodi Immaculate in the final.

The Immaculate Heart senior has been a loyal soldier throughout her career, and this spring earned a starting spot in right field and the eighth slot in the batting order for the powerhouse from Bergen County.

She’d never had a big individual moment for her team, but never hurt the Blue Eagles, either. While not a star, she set an example through her attitude and work ethic.

Things changed on Friday night, however, when she delivered one of the biggest hits in school history, and with it, statewide notoriety, as well.

Ventor, who hadn’t gotten a hit her team’s prior three games, supplied a hard RBI single with two out in the bottom of the eighth inning to give Immaculate Heart a thrilling 5-4 victory over Lodi Immaculate in the final of the first NJSIAA Tournament of Champions before a large crowd at Ivy Hill Park in Newark.

Ventor’s single to left-center came on a 1-2 count, and it scored Mia Recenello, who had doubled with two out.

It made a winner of top-seeded Immaculate Heart (30-4), which last week won its third straight Non-Public A championship.

It also concluded the career of Ventor, whose softball days are over now that she’ll attend the University of Maryland.

The first two batters of the inning were retired by Lodi Immaculate pitcher Caylee English on a ground out to shortstop and strikeout.

Recenello, who had been 1-for-3 with a double, hit another two-base hit, this time on a hard ball past shortstop that rolled to the fence in left-center.

“I went up there wanting to do anything for my team that I possibly could,” said Recenello, a sophomore catcher. “And if I were to get on, I had a lot of faith in Caroline.”

Ventor had endured a tough night at the plate.

“I knew I was behind in the count, so I had to make the next pitch matter,” Ventor said. “I had popped out and grounded out earlier, but I saw the pitch and drove it. I’m just so happy that I was able to do it for my team. I had never had a big moment like that before.”

Once Recenello slid home with the winning run, the Immaculate Heart players ran out to Ventor at second base, who was clearly overcome by what had just happened.

“It’s so surreal,” she said. “It’s making history, to win the first TOC. It’s just insane. And that was my last at-bat ever. On the bus ride here, I was so sad thinking that this was going to be my last game. This is just amazing.”

Immaculate Heart coach Diana Fasano was elated that Ventor was the player who came through with the championship-winning hit.

“I am so, so happy for her,” Fasano said. “She’s a senior that earned her spot this year. She works her tail off and it couldn’t have happened to a better kid. She just works. She’s a team player, does whatever you ask her to do and never lets up. This was her moment, and she went out on top. That’s the way to do it. It’s just super special.”

The hit culminated a back-and-forth game between the friendly local rivals.

Lodi Immaculate (31-5), the Non-Public B champ for the past five years, is coached by Jeff Horohonich. He’s the man who built Immaculate Heart from a nothing program into a state power during his time there from 1986 through 2003, and one of his four-year standouts was Fasano, who graduated from the school in 2000.

Lodi Immaculate took a 1-0 lead in the top of the first, when Gabby Fredette was hit by a pitch leading off, was bunted to second by Angela Lignelli and then scored on a two-out double by Faith Camilleri.

The run marked just the second time in the past three years that Immaculate Heart had trailed in a state tournament game. And in that prior instance, it scored nine times in the bottom of the same inning.

This time, the Blue Eagles stayed behind until scoring twice in the third for a 2-1 lead.

Reese Guevarra led off with a single and moved to second on a throwing error. She scored when Sonia Sharma reached on a three-base error. Ally Dudek hit a one-out infield grounder that drew a throw to the plate ahead of Sharma, who alertly got herself in a rundown that resulted in her beating a play at the plate.

Lodi Immaculate tied in the fourth, when Camilleri led off with a single and later scored on an error.

Immaculate Heart went up, 3-2, in the bottom of the fifth after Guevarra (3-for-4) led off with a triple and then scored on Sharma’s sacrifice fly to deep left field.

Lodi Immaculate answered back emphatically in the top of the sixth to retake the lead.

Jaden Farhat led off the inning with a single to shortstop, and junior Kayla Roberts (4-for-4) followed with one of the longest home runs in the history of Mike Sheppard, Sr. Field, a shot that cleared the 18-foot tall fence in left center and banged off the top right corner of the scoreboard that stands more than 200 feet away from the plate in left-center.

The score held until the bottom of the seventh. Guevarra, the school’s senior center fielder and all-time hits leader with more than 200, singled to left in what turned out to be her final at-bat before heading off to UConn.

Sharma reached on an error that sent Guevarra to third, and speedster scored the tying run on a passed ball.

In the top of the eighth, Immaculate Heart senior left-hander Olivia Sprofera — who finished her career with a 13-0 record in state tournament games — retired the first two batters. Lodi Immaculate then got singles from Roberts and Brianna Ramos before the Providence-bound Sprofera induced a pop out to Sharma at shortstop for the third out.

Even though his team lost, Horohonich was thrilled to have taken part in such a special game.

“IHA doesn’t quit,” he said. “We fought hard also. Kayla Roberts had an unbelievable game. This whole thing was awesome. To get to the Tournament of Champions, and to get to this game, I told the team how great they are and how proud I am. This was a tremendous game.”