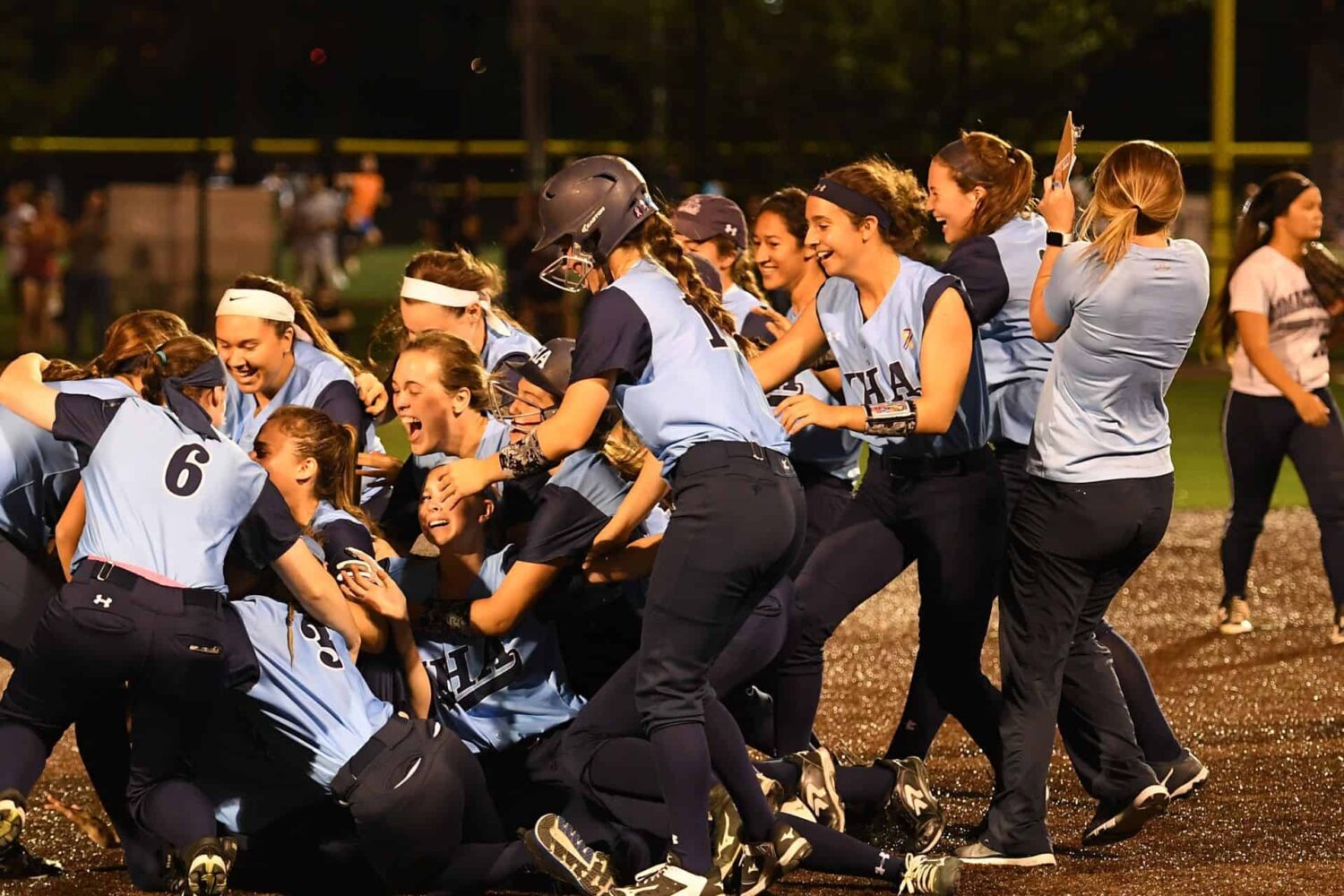 Immaculate Heart Academy and Immaculate Conception fought for every run, battled for every out. And it took an extra inning to settle it.

Both teams had already made history by getting this far. Only one would earn the distinction of becoming the first-ever Tournament of Champions winner.

Mia Recenello doubled with two outs in the bottom of the eighth inning and Caroline Ventor drove her in with a walk-off double to lift second-seeded IHA to a 5-4 victory over No. 5 Immaculate Conception in the final of the inaugural TOC Friday at Ivy Hill Park.

“I’m happy for the kids that they could share in this moment together, their final game as seniors,” IHA coach Diana Fasano said. “It’s really special.” 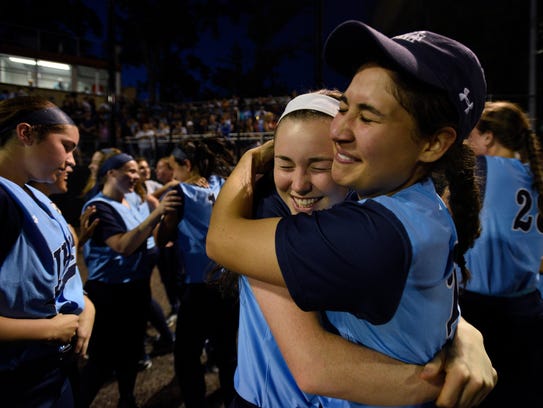 Immaculate Conception right-fielder Kayla Robert blasted a two-run homer in the sixth that gave the Blue Wolves a 4-3 lead.

But IHA stole the momentum.

Reese Guevarra led off the bottom of the seventh with a single to left. Sonia Sharma then laid down a bunt, but the throw went into right field, putting runners on second and third.

Guevarra then darted home on a passed ball to score the tying run.

That’s how it stayed until Ventor’s double to the left-center field gap. 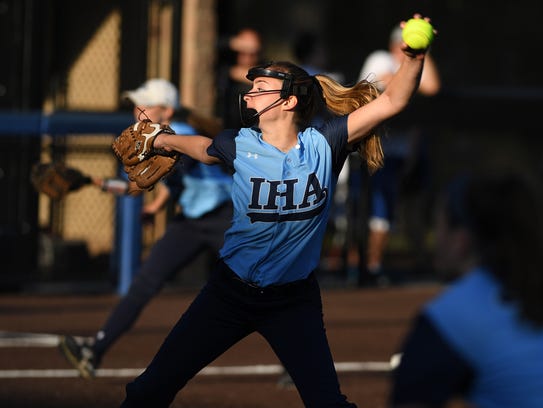 “Mia is playing amazing,” Ventor said. “She keeps getting on so I know I have to get run in for her, do it for my team. I’m just so happy I pulled it through for them.”

Immaculate Conception jumped out to a quick lead as Gabby Fredette was hit by a pitch in the first, moved to second on Angela Lignelli’s sacrifice bunt and scored on Faith Camilleri’s double.

But IHA took advantage of a couple Blue Wolves errors in the the third.

Then with one out and Sharma on third, Ally Dudek hit a grounder to second.

The Blue Wolves came home to try and get Shama, who was then caught in a rundown.

But she eventually beat the throw as she slid into home to give IHA a 2-1 lead.

Immaculate Conception tied it right back up again in the fourth — this time with the help of an IHA error.

Camilleri led off with a single to left and Robert reached on a one-out infield single.

Brianna Ramos laid down a bunt but an errant throw to first allowed Immaculate Conception to score the tying run.

IHA jumped back ahead in the fifth when Guevarra led off with a triple and scored on Sharma’s sacrifice fly to left to give the Blue Eagles a 3-2 lead.

“Every time we went down I had every confidence in the world that we would just pick it back up,” said IHA pitcher Olivia Sprofera, who struck out six. “That’s what we did.”

But then the momentum swung back toward the Blue Wolves.

Jaden Farhat led off by reaching on an infield single, which set up Robert’s two-run blast.

IHA, though, managed to pull out the win in the end.

This was a battle until the end. It was an ideal way to close the inaugural Tournament of Champions.

“I told them, ‘You guys are my idol,'” Horohonich said. “Because as a coach, this is what you dream about getting to and trying to be into this. I said, ‘You made it, for me, possible to have and live this dream that I’ve had for a long time.’”