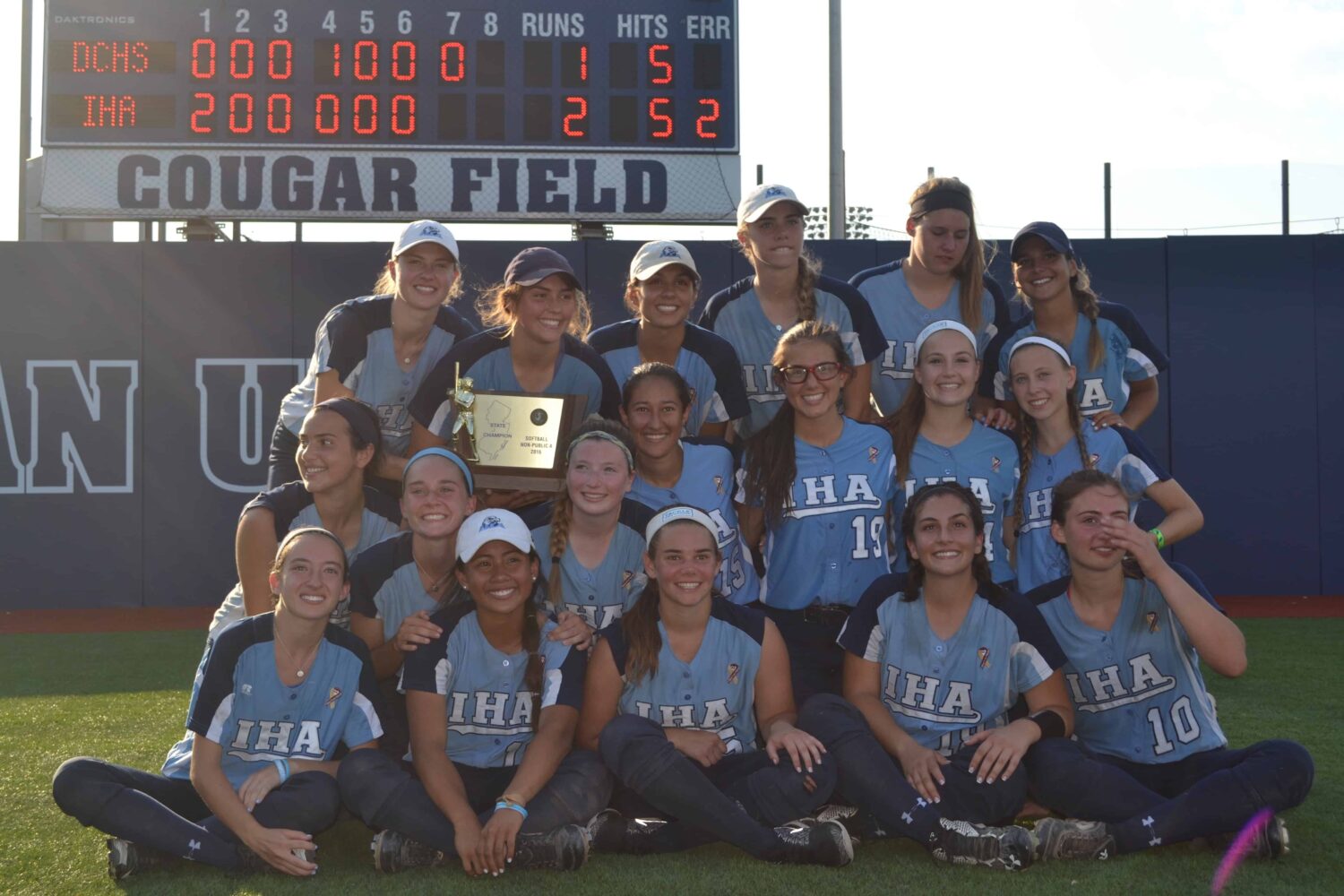 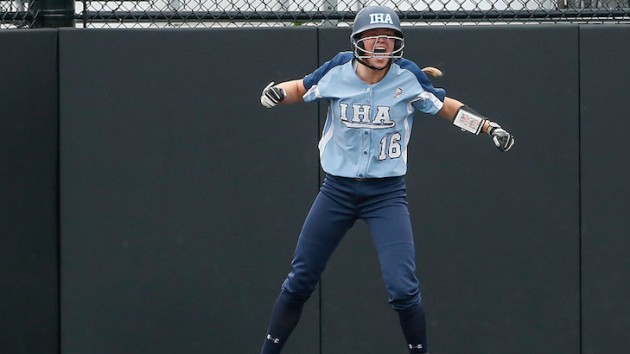 Taylor Kenerson of Immaculate Heart had a few words for teammate Emilie Cieslak before walking toward the plate in the bottom of the third inning on Tuesday.

There were two out and nobody on when Kenerson, the senior shortstop and No. 2 hitter in the Blue Eagles lineup, was about to take her turn against Mount St. Dominic ace Kelsey Oh in the NJSIAA North Jersey, Non-Public A championship game.

Kenerson wound up hitting a single to center field. And Cieslak, a senior first baseman, followed with a run-scoring double to deep center that brought Kenerson home.

Reagan Jones added an RBI single in the fourth inning and Immaculate Heart, boosted by the masterful pitching of junior left-hander Olivia Sprofera, was on its way to a 2-0 victory at Mike Sheppard, Sr. Field at Essex County Ivy Hill Park.

Sprofera (22-1) pitched a three-hitter with 14 strikeouts and one walk for Immaculate Heart (30-1), which won its 29th straight game. The Blue Eagles, No. 1 in the MSG Varsity New Jersey power rankings, will play Donovan Catholic in the state final on Friday or Saturday at Kean University.

Immaculate Heart will be in the final for the 20th time (all since 1990) and will be seeking a second-straight championship and 11th overall. But this will be different, since the Blue Eagles will also be playing for Anthony LaRezza, the team’s long-time coach who died of cancer complications on Feb. 4.

“We’re playing great,” said Diana Fasano, an IHA alum and assistant coach who took over for LaRezza. “And we’re playing for something a little bigger this year.”

Mount St. Dominic (26-4) and ranked sixth, had the first chance of the game in the top of the first. Dani Dabroski singled with one out and stole second. But Sprofera struck out the next two batters.

Immaculate Heart had a chance of its own in the bottom of the inning, when its first two batters — Reese Guevarra and Kenerson — reached on singles. Cieslak bunted them into scoring position, but Oh struck out the next two.

Mount St. Dominic got its next hit when ninth-batter Emma Carr singled to right field with one out in the third, but Sprofera again dug deep to strike out the next two hitters.

“It was big to get out of that first inning,” Sprofera said. “We all have a lot of trust in each other and that it will work out in the end.”

The breakthrough for Immaculate Heart came in its half of the third. After the first two batters were retired on groundouts, Kenerson’s single set the stage for Cieslak’s long RBI double on 2-2 offering.

“The whole at-bat I was thinking about getting a good piece of it and hitting it solid up the middle,” Cieslak said. “We have so much confidence in each other all through the lineup. We trust one another.”

Immaculate Heart struck again in the fourth. Taylor Gallagher singled to lead off, moved to second on a wild pitch, and advanced to third on a sacrifice by Sarah Siclari. Jones, the seventh batter, then drove her home with a single to right field.

Mount St. Dominic had two more threats. Oh doubled with one out in the sixth, and Jules Kocenski drew a two-out walk. Sprofera then struck out the cleanup batter to maintain the lead and shutout.

The Lions’ leadoff batter reached in the seventh on a misplayed bunt. The next two batters popped out, and with the runner now on second after another miscue following an out, Sprofera struck out the next batter looking to end the game.

She wound up ending six of the seven innings on strikeouts.

“It’s always a sense of pride to play a good team and come out a winner,” Fasano said. “And they’re an excellent opponent. Olivia was lights out. “She was always poised, and she’s always focused. She knows what she needs to do and she gets the job done. She’s pitched a lot more this year for us and I think she’s actually better when she throws day-to-day. She’s a horse.”

Oh allowed six hits for Mount St. Dominic and finished with five strikeouts and one walk.

Immaculate Heart’s only loss this spring was a 4-3 decision to DePaul in its second game back on April 6. Its 29-game winning streak includes 18 shutouts, the majority by Sprofera.

“Olivia is an amazing pitcher,” Cieslak said. “It’s so easy to play behind her, because we’re so confident in everything she does. She works so hard that we want to help her out and hit for her.”